Print Books and the Millennial – a Love Story The stats may surprise you. According to CNBC, people still love to own physical books … and the proof is in the bottom line.

“Publishers of books in all formats made almost $26 billion in revenue last year in the U.S., with print making up $22.6 billion and e-books taking $2.04 billion,” writes Lucy Handley in CNBC News, “according to the Association of American Publishers’ annual report 2019. Those figures include trade and educational books, as well as fiction.”

“I think the e-book bubble has burst somewhat, sales are flattening off, I think the physical object is very appealing,” said Meryl Halls of the Bookseller’s Association in the U.K. “Publishers are producing incredibly gorgeous books, so the cover designs are often gorgeous, they’re beautiful objects,” Halls told CNBC.

Halls poses one reason why, and it keeps coming back to the value we place on the physical.

“People love to display what they’ve read,” Halls noted. “The book lover loves to have a record of what they’ve read, and it’s about signaling to the rest of the world. It’s about decorating your home, it’s about collecting, I guess, because people are completists aren’t they, they want to have that to indicate about themselves.”

Another reason? A growing trend toward digital minimalism, as the digital generation longs to disconnect.

“While millennials are sometimes blamed for killing industries, it’s actually younger people who appear to be popularizing print,” writes Handley. “Sixty-three percent of physical book sales in the U.K. are to people under the age of 44, while 52% of e-book sales are to those over 45, according to Nielsen.”

E-books certainly have their uses. Handley shares how JD Salinger’s family eventually decided to publish “Catcher in the Rye” as an e-book after receiving a letter from a woman with a hand disability who found it hard to manipulate print books. Yet overall, future generations will continue to embrace print for its many benefits. Print books aren’t going anywhere, especially as younger generations embrace reading on paper. 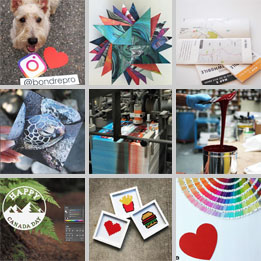 Why We’re All Marketing to Five Generations at Once

From: FastCompany || STEPHANIE VOZZA We’re living in a digital world—one where screens dominate our time. The average American adult spends three hours and 43 minutes on mobile devices, according to 2019 research by eMarketer. This Read more…

Renée Yardley May 15, 2019 All over the world, organizations in every industry are looking for ways to operate in more sustainable ways. At the same time, our landfills continue to overflow. But this environmental Read more…